Matrix Electronics has been included by the Swedish consulting firm Berg Insight, specializes in market research in M2M / IoT (Internet of Things), as one of the international distributors of reference in the sale of M2M terminals, acknowledging the work and growth the company throughout his career as a benchmark in the industry of communication between devices.

Berg Insight also predicts that M2M terminal market will grow at an annual rate of 16.1 percent over the next five years to reach 5.7 million units in 2020.

In their study, Berg Insight concludes that in 2015 2.7 million M2M terminals were sold, with an approximate value of $ 550 million. America and Asia were the two main regions in terms of number of devices sold, each 0.95 million, while Europe is in third place with about 0.70 million devices. In terms of sales, North America represents a 265 million dollars.  Asia is the second region with 140 million and Europe is the third with 130 million dollars. This is because the average price in North America is higher thanks to a higher proportion of terminals 4G LTE Routers and Gateway, while the Asian market is based on the production of lower cost terminals and modems 2G.

The Swedish consultant makes a list of the top vendors globally M2M terminals, among which has included Matrix Electronics as one of the leading companies, especially for the international impact on the IoT / M2M sector with our devices brand MTXM2M, designed, manufactured and distributed by Matrix Electronics. 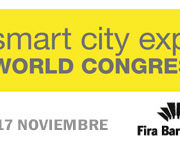 Smart City Expo World Congress 2016 Barcelona, held this year a new edition in the city of Barcelona, specifically in the facilities of the fairground of the Fira de Barcelona, between the next 15th to 17th November, 2016, and Matrix Electronics will present at the event with its products and solutions MTXM2M for IoT (Internet of Things) and Smart City.

With Smart City Expo World Congress 2016, Barcelona will become for three days in the capital of smart cities. About 500 cities on five continents will gather in Barcelona to talk about the challenges of urban transformation will face in the near future to ensure the sustainability of our society. MTXM2M take advantage of this unique to show its solutions for Smart City and  IoT to worldwide companies that are present in Barcelona.

The 2016 edition of Smart City Expo World Congress (SCEWC) will have a special focus on citizens and the initiatives being carried out worldwide to provide more power to the people living in the metropolis and make these places more human. The IoT products of MTXM2M allow different devices connect together closer and closer the future of the Smart Cities and allowing smart solutions for transportation, vending, metering and more. Let’s get into the history of innovation.

Development of IoT solutions. Manufacture and distribution of modules and electronic equipment.